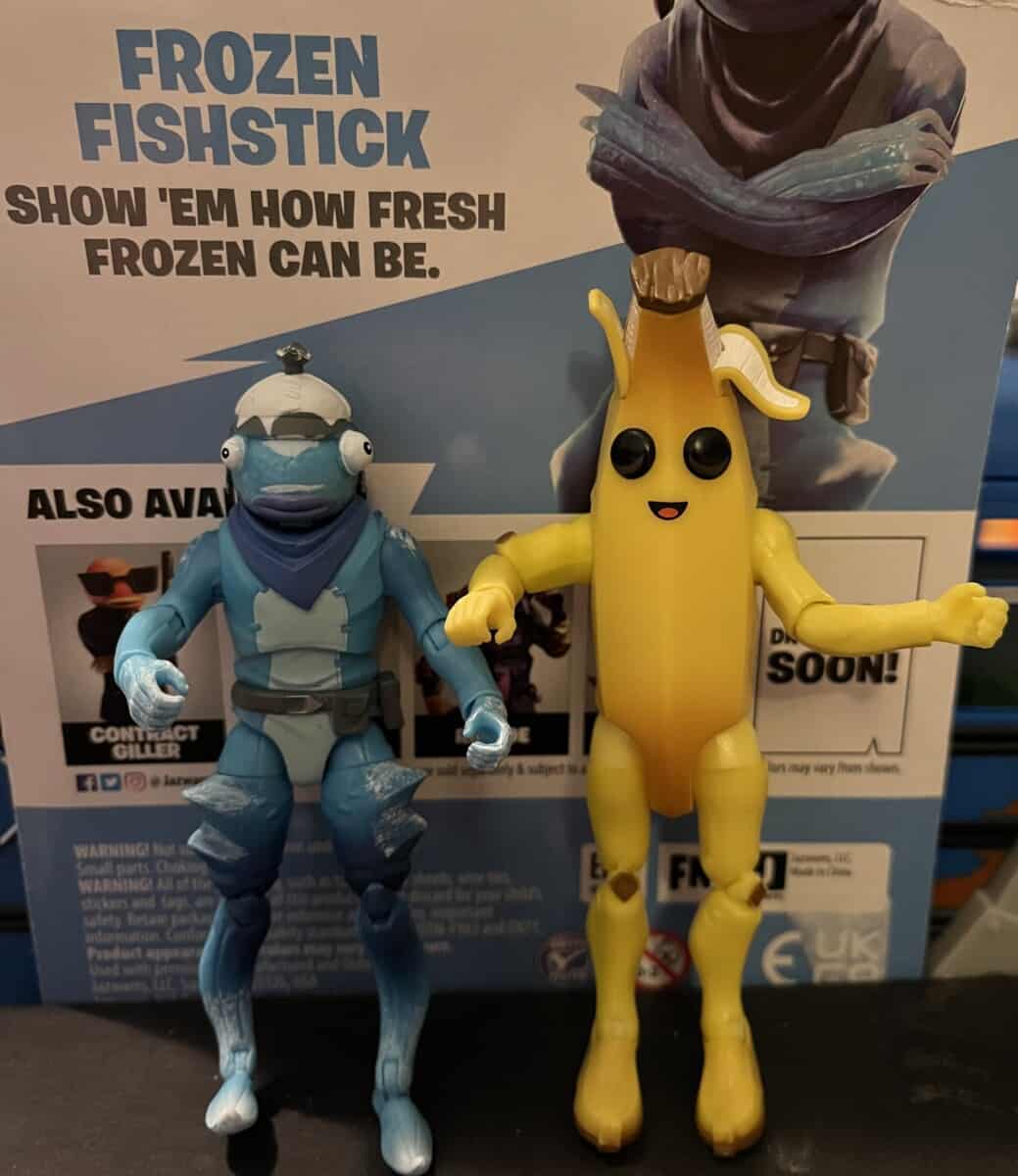 One of the fun things about Fortnite is their ability to create some really fun outfits or skins for their characters. They have also done a really nice job of taking those characters and adapting them to the toy world. One of the outfits they did a great job of doing that with would be the Frozen Fishstick Outfit.

Which means, we had to purchase the Fortnite Solo Mode Frozen Fishstick Action Figure for our youngest son. He is one of those kids that has never played Fortnite but has seen enough gamers play it on YouTube and enough kids talk about it at school that he became interested in it. Which is how we ended up with this action figure.

So, here is our Fortnite Solo Mode Frozen Fishstick Action Figure Review so you can see why my son has liked this toy so much!

If you are like me and don’t know much about Fortnite, the Frozen Fishstick look comes from the Frozen Series of outfits in Fortnite: Battle Royale. It was part of the Polar Legends Set and was released as part of Chapter 2: Season 1. That probably doesn’t mean much to you, but that is the origin story of such a strange character action figure!

The Figure itself is pretty small, only about 4-inches in height. That is the standard size for the Fortnite Solo Mode Action Figures and allows it to fit into all the other Fortnite Toys like the Fortnite Battle Bus that we reviewed earlier. The action figure looks just like Frozen Fishstick outfit, and the action figure has 28 points of articulation to let it do some cool stuff.

The thing that got my son most excited about this action figure was the “Abominable Axe Harvesting Tool” that comes with it. This “axe” is 1-inch is size, and basically looks like a giant ice sledgehammer that even has a couple of frozen fish in it. It looks really cool, and fits right into his hands, which is really the thing that takes this action-figure to the next level.

Honestly, that is about all there is to review with this action figure. It doesn’t do anything special; it is just a good looking 4-inch figure based on that Fortnite Frozen Fishstick outfit!

If you are looking for some different action figures other than this Fortnite Frozen Fishstick Action Figure, check out these reviews:

Hopefully you can find some great Action Figures between all of these reviews!